For starters, it’s safer than junk food and kills cancer cells. Could this get any better?

Famous Indian hemp plants such as Sativa and Indica are the sources from which Cannabis is derived. The main active compounds in cannabis are THC (delta-9 tetrahydrocannabinol) and CBD (cannabinoids).

Cannabis can be considered a way of relief for depression. South African scientists found traces of cannabis in pipes which were found in the garden of William Shakespeare’s house. Could it be him? Maybe it was the wife who needed relief from the depression of a busy famous husband. Truly something to ponder over. Cannabis does not, unlike popular belief, make you feel depressed or low. Instead, they limit the functioning of the sensory system and the messages that enter between the mind and body.

The leaves from the cannabis plant are light green and have a different shape with five or seven leaflets. With a sticky resin, the flowering tops and the upper leaves are covered.

Cannabis is used for the psychoactive effects (mental and mood changes) of THC and other active ingredients. THC is a cannabis chemical that makes you feel “high” and is truly the star of the show- which show? Maybe a play? A Shakespeare play? *mind-blown*

There are three main types of psychoactive cannabis: marijuana, hashish, and hash oil.

Marijuana is the most common form of cannabis and pretty amazing on its own. The flower itself or the bud is the most potent part but the leaves also have THC and CBD to be effective enough to reap benefits and write a romantic sonnet.

Hashish (“hash”) is a dried cannabis blend, usually in the form of a small block. Hashish produces stronger effects as the concentration of THC in hashish is higher.

Hash oil or wax is a saturated, oily (much wow here), golden brown to brown color, extracted from cannabis. Hash oil is a very strong form of cannabis.

The therapeutic and psychological effects of cannabis are due to the unique chemical composition of CBD. So far, 86 CBD has been identified in the environment and some are chemically synthesized. In 2012, researchers tested the air in major cities of Italy and concluded that weed is literally floating through the air (no wonder the tourism rate increased the following year), next step is to verify if weed is mistaken for love in the air. We will get back to you on that one.

The major psychoactive ingredients in marijuana are THC and CBD is considered a healing component. As for hemp, THC is less than 0.3% and does not have any psychoactive effect on the user while the major ingredient is CBD. Beer hops in the same family of plants as cannabis. When the forces of THC and CBD combine they force cancer cells to freeze and prevent them from spreading.

Cannabis edibles are slow to react but the high lasts the longest.

A new way to consume marijuana is through adolescence. The portable vaporizers heat the marijuana until it reaches the bottom of the contact point. The active ingredients can be drawn as vapors, rather than as harmful fumes.

Any weed portable vaporizers will have the same purpose: to convert dry jar, wax or THC oil into sweet vapor clouds. Desktop vaporizers are the most functioning but if you’re on the go, there are some cool styles that offer real vaporization experience in grapple situations.

The effects are similar to smoking and can be felt instantly. This makes the dosages more controllable and the vapor is free of tar and carcinogens, which is beneficial for those looking to avoid the risk of lung and respiratory issues.

A little goes a long way. The effects can be seen quicker than edibles and slower than vaping. You will be surprised to know that you can add cannabis tinctures to your food or drink. It will take some time for cannabis to kick in though but with a long-lasting buzz and can provide hours of much-needed relief.

The most common way to use cannabis is to add it to cigarettes but mixing it with tobacco.

Have you heard of “calling a wave”? Sometimes called “buck bong” or even a “waterfall”. This can be done using any bottle, a bucket, and a drinkable liquid. The gist is inhaling the cannabis smoke that is filled in a bottle with your favorite soda or choice of drink.

Some other ways in which cannabis can be used are; oral ingestion, sprays, dabbing, and topical methods.

IVape Plus is a Canadian establishment that has the latest vapor technology and offers a wide variety of selection which can be accessed on its online vape store. IVape Plus also has a vape shop in Brantford, Ontario which provides you the best and affordable vape and cannabis accessories.

Visit: IVape Plus to view the complete collection of accessories and vaporizers which make cannabis consuming easy, safe, and fun!

Vaping Gets Miraculous With Liqutine E-Liquids

Facebook Twitter Pinterest linkedin Telegram
Are some still in a dilemma to choose to vape over smoking? To put an end to the misconception, it’s high time people realize the concept of burning tobacco to create smoke in smoking, not...

END_OF_DOCUMENT_TOKEN_TO_BE_REPLACED

Facebook Twitter Pinterest linkedin Telegram
The latest addition in the cannabis culture is vaping. You can consume cannabis in multiple other ways such as smoking, dabbing, gravity bongs, oral ingestion, sprays, marijuana tinctures, and topical methods.Vape has become a teenage...

END_OF_DOCUMENT_TOKEN_TO_BE_REPLACED

Vype, Smart and Affordable to Use

Facebook Twitter Pinterest linkedin Telegram
The closed pod system was the first type of pod device to take over the market. It consists of a battery and a pod cartridge that already contains juice. Typically, the manufacturer of a closed...

END_OF_DOCUMENT_TOKEN_TO_BE_REPLACED

Facebook Twitter Pinterest linkedin Telegram
An open pod system, also known as a refillable pod system, uses replacement pods that can be filled with any e-juice with different flavors and nicotine strengths. For more information about e-juices, please read E-juice...

END_OF_DOCUMENT_TOKEN_TO_BE_REPLACED 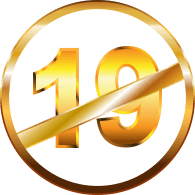 You must be 19 years of age or older to view page. Please verify your age to enter.